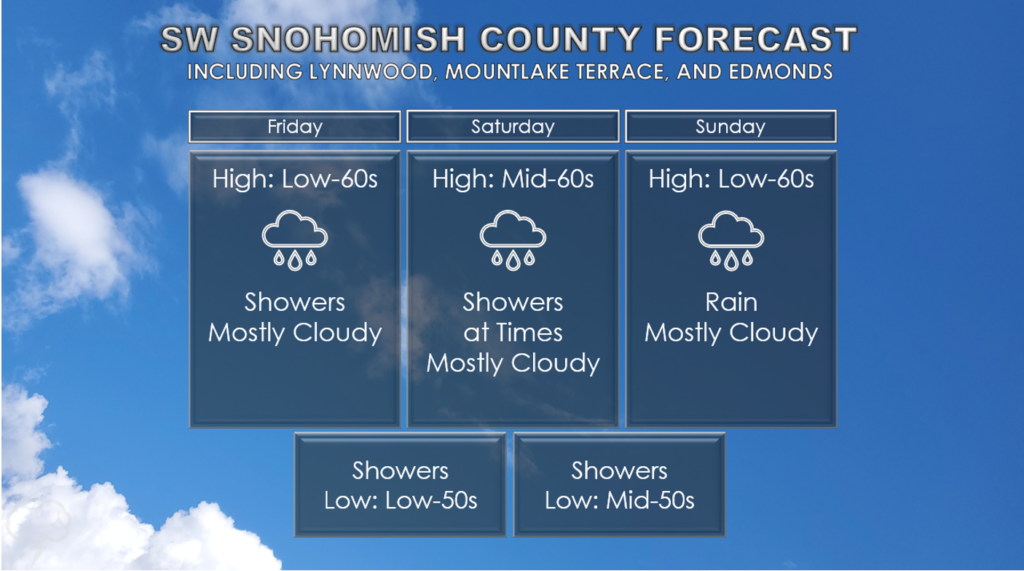 As of June 1, we have officially reached meteorological summer and, if anyone was wondering, the official start of the Atlantic hurricane season.

With the exception of a few outliers, our spring felt more like fall, with cooler than average temperatures and what seemed like unrelenting wet weather. Take a look at the graphic below, which shows the number of 70-degree days at Paine Field during each meteorological spring since 1999.

This year, we only saw two days that reached a high of 70 degrees, one of which was 70 degrees exactly. As you can see, this is the lowest since 2011. Using this data, on average, we have about six 70-degree days during the course of meteorological spring.

Even though it seemed like we saw a lot of rain over the past three months, we actually ended up well-below average in terms of the total amount of precipitation. A total of 4.66 inches fell at Paine Field, with the average being 8.41 inches. Interestingly enough, the percentage of rainy days was not particularly abnormal either, with 46% of days seeing rainfall. It probably just felt like more due to the lack of traditional spring-like days we had.

Unfortunately, not much change in this persistent weather pattern is expected over the weekend and into next week. Temperatures will be close to normal, with highs in the 60s and lows primarily in the low-to-mid 50s. Showery weather is expected at times on Friday and into Saturday. We may see some brief breaks in the clouds on Saturday, but overall, it’s expected to be mostly cloudy. More widespread rain is likely later in the day Saturday and into Sunday.

A few residual showers are expected Sunday evening into Monday but afterwards comes a brief reprieve from the rain through Tuesday. Tuesday isn’t looking particularly warm, but we should see partly sunny skies. At this point, I think we’ll take it. The chance of rain returns by midweek.

It’s looking like “June-uary” is off to a wet start. So far, the following image seems to be pretty accurate. 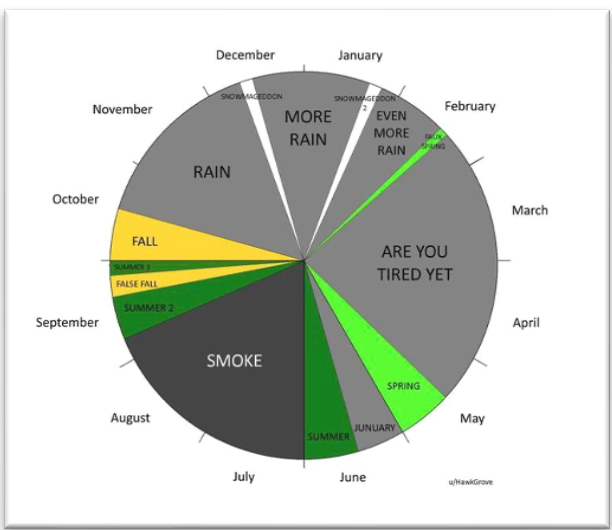 Let’s just hope the “smoke” portion doesn’t come true—I’d take all this rain over that any day.