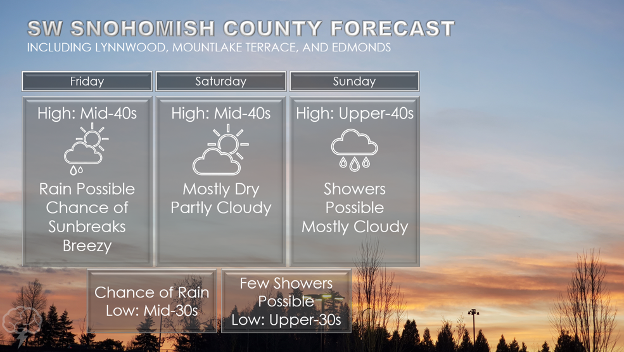 Another week of winter down, another week closer to spring! Although astronomical spring (traditional seasons) begins on March 20, meteorological spring actually begins on Monday. You can read more about the differences between astronomical and meteorological seasons here. For those counting down the days until summer, this is likely music to your ears. We are getting closer!

In last week’s article, I mentioned that an atmospheric river was expected, but the amount of rainfall that we would receive depended on if/how long we fell in the Olympic rain shadow. The American model (GFS) suggested that we would be in the rain shadow for a lot longer, greatly minimizing the total rainfall we would receive, while the European model showed much higher totals. I want to give an update on what actually happened.

Below shows the total amount of rainfall from 4 a.m. last Thursday to 4 a.m. Tuesday. 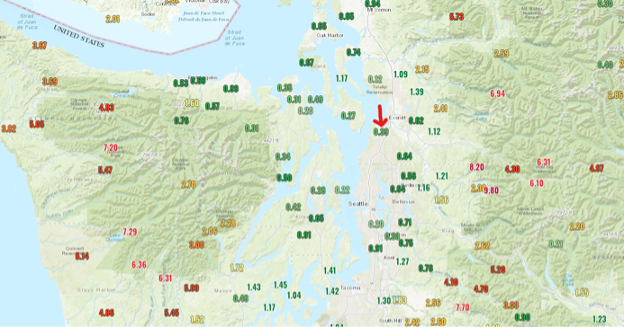 The red arrow indicates where Paine Field is on the map. As you can see, Paine Field received 0.39 inches of rain over that time frame. Now, how did the GFS and European models do, comparing the 12z Feb. 18 model run I used in last week’s article?

Even though we didn’t receive much rain, take a look at some of the other totals, especially near mountainous areas. There was a whopping 7.29 inches near Lake Quinault—that is why that region is known as a rainforest!

In terms of our forecast over the weekend, there’s not a lot of excitement expected for us in the lowlands. Some showers are expected at times of Friday, with some brief sunbreaks even possible. More rain is possible overnight Friday, but we should dry out just in time for a primarily dry Saturday. While a fully sunny day is not expected, it should still be a great day to get outside. Some run-of-the-mill showers are again expected at times on Sunday—nothing we can’t handle.

At this time, there is nothing too crazy expected going into next week, either. However, there is some discrepancy between the GFS and European models in terms of a potential system on Monday. Take a look at what both models are showing for 10 a.m. Monday morning in terms of three-hour precipitation. First, the GFS: 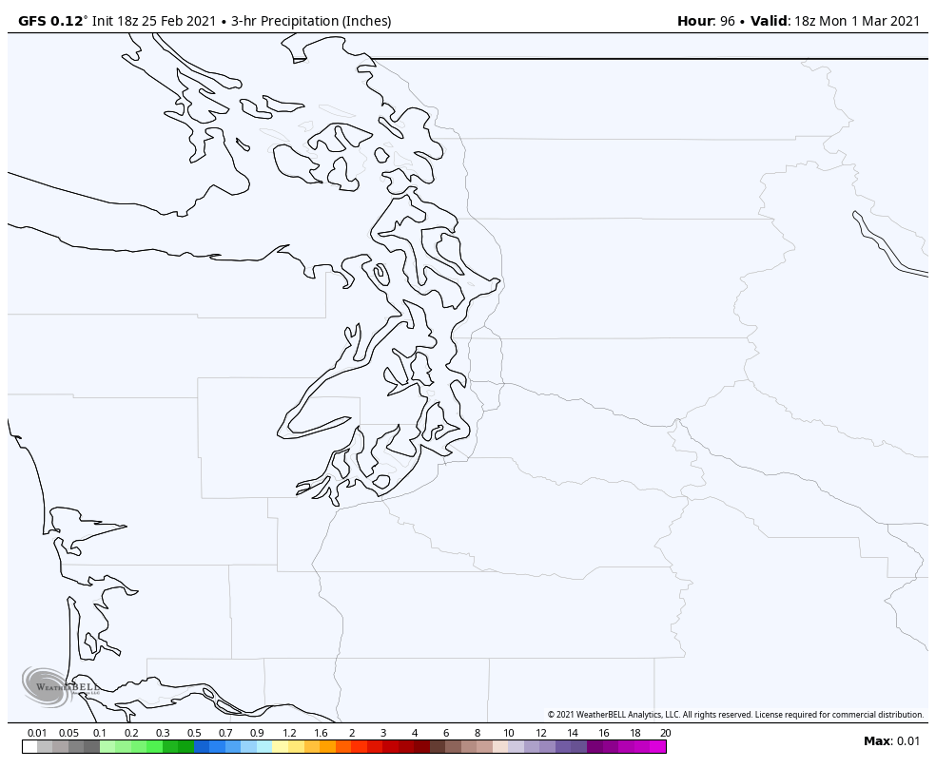 Nothing. The GFS suggests that there will be no rain. However, take a look at the same time with the European model: 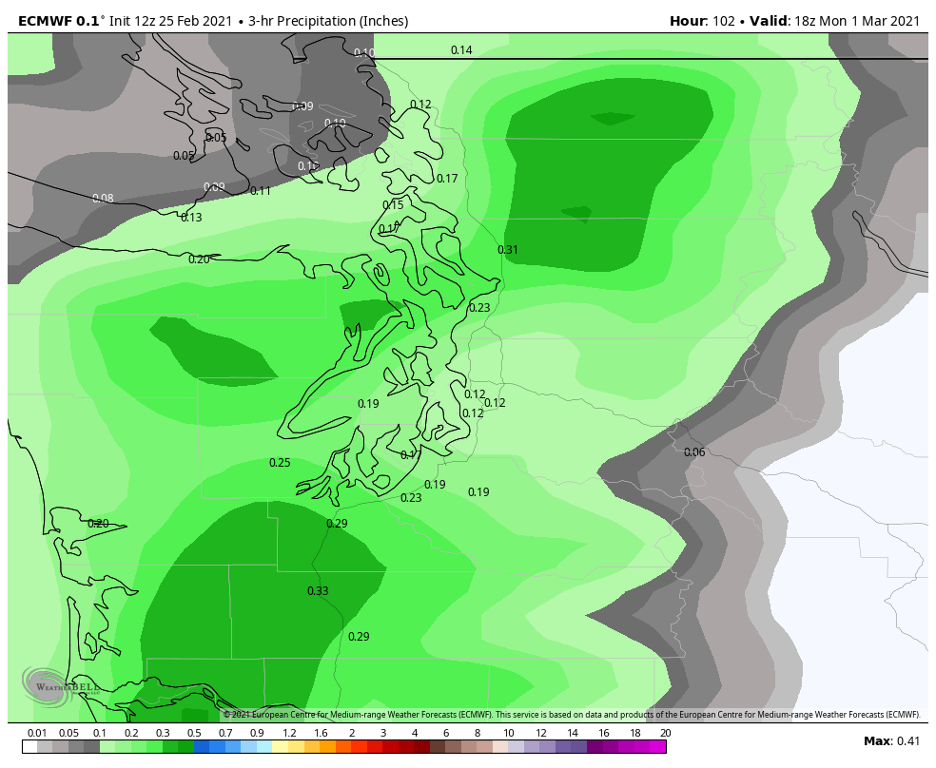 What a difference! The reason for this difference is that the GFS keeps an upper ridge of high pressure over the area, which essentially blocks any incoming systems from hitting us—instead, it sends the system north into Canada. The European model shows a breakdown of that ridge, allowing the system to hit us. At this point, don’t rule out the chance for some showers on Monday.

Beyond Monday, both models continue to have differences, with the GFS showing a predominantly dry week, while the European model has a few weak incoming systems impacting the area. There is still a lot of time for things to shift and for better model agreement to occur. As always, pay attention to the forecast to get the most up-to-date information.