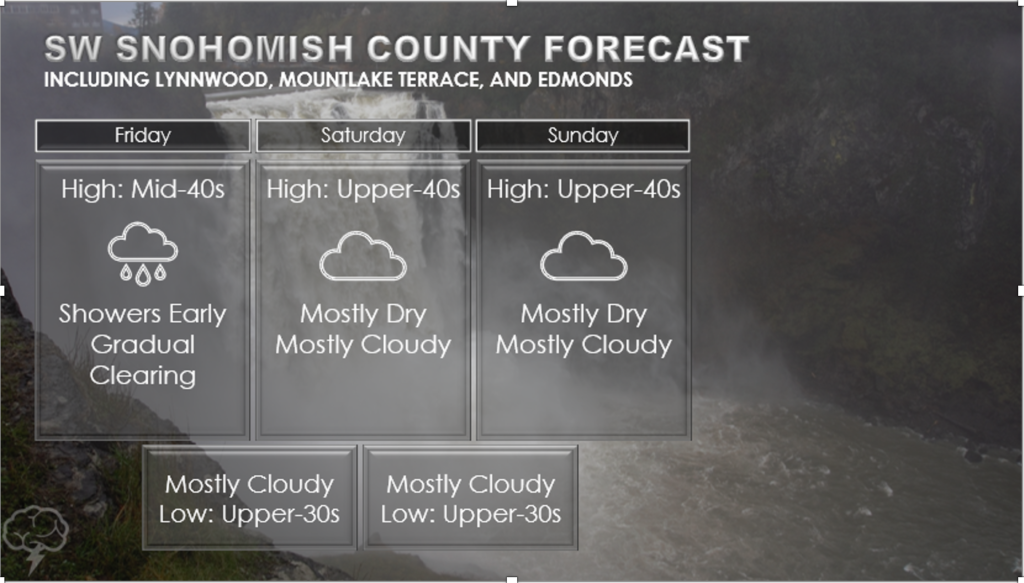 It’s been quite the November so far in the Pacific Northwest. As I’ve mentioned in previous articles, November is climatologically our wettest month of the year—but not usually this wet.

Through the first 17 days of the month, Paine Field has seen 4.45 inches of rainfall, compared to the normal 2.74 inches. This ranks in the top five highest rainfall totals for the same time frame at KPAE on record.

However, our rainfall amounts paled in comparison to our friends up north near Bellingham. Take a look at the graph below: 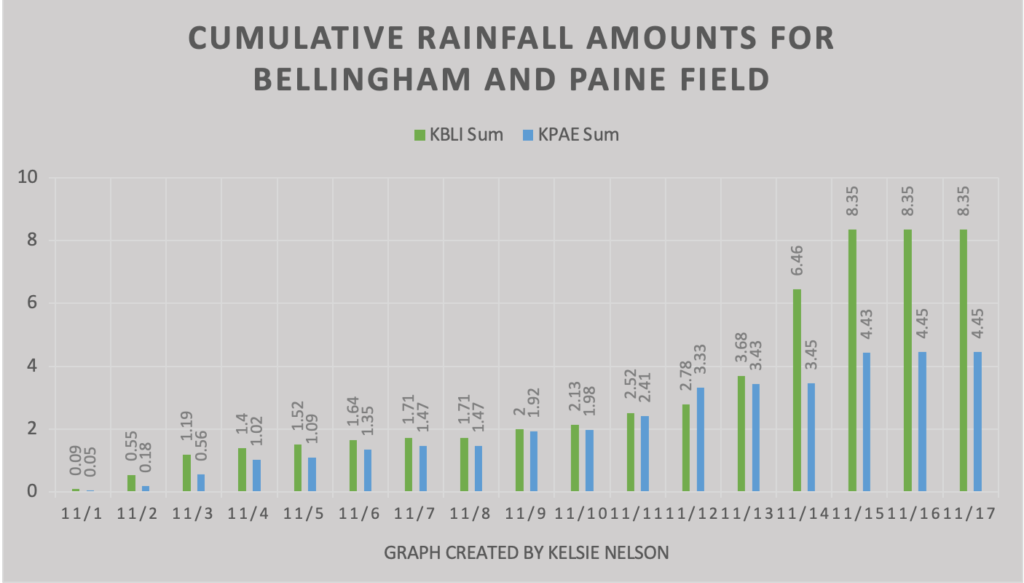 Up through Nov. 13, both airports were very similar in cumulative rainfall amounts. But look at the huge spike on the 14th, where KBLI saw a whopping 2.78 inches of rain in one day. This ranks #5 on record at the Bellingham airport for the most rainfall in one day. Then on the 15th, it rained another 1.89 inches. Paine Field was caught in the rain shadow at times during those two days, greatly reducing the amounts of rainfall we saw there. Still, an inch of rain fell over the course of two days.

If you paid any attention to the news, you have likely seen the devastating impact of flooding up north. You can see some more of these impacts here. Please keep your thoughts and prayers with those who have been severely impacted by the flooding—it will take quite some time to clean up the damage.

After such a wet start to the first half or so of the month, a lot of people are probably ready for a bit of a break. And, overall, we’re likely going to get one over the weekend.

A system is impacting us Thursday night into Friday, bringing some more rain into the area. After some residual rainfall early on Friday, we’re expecting to dry out, thanks to a developing upper ridge of high pressure. You can see this ridge in the model image below for Sunday afternoon. 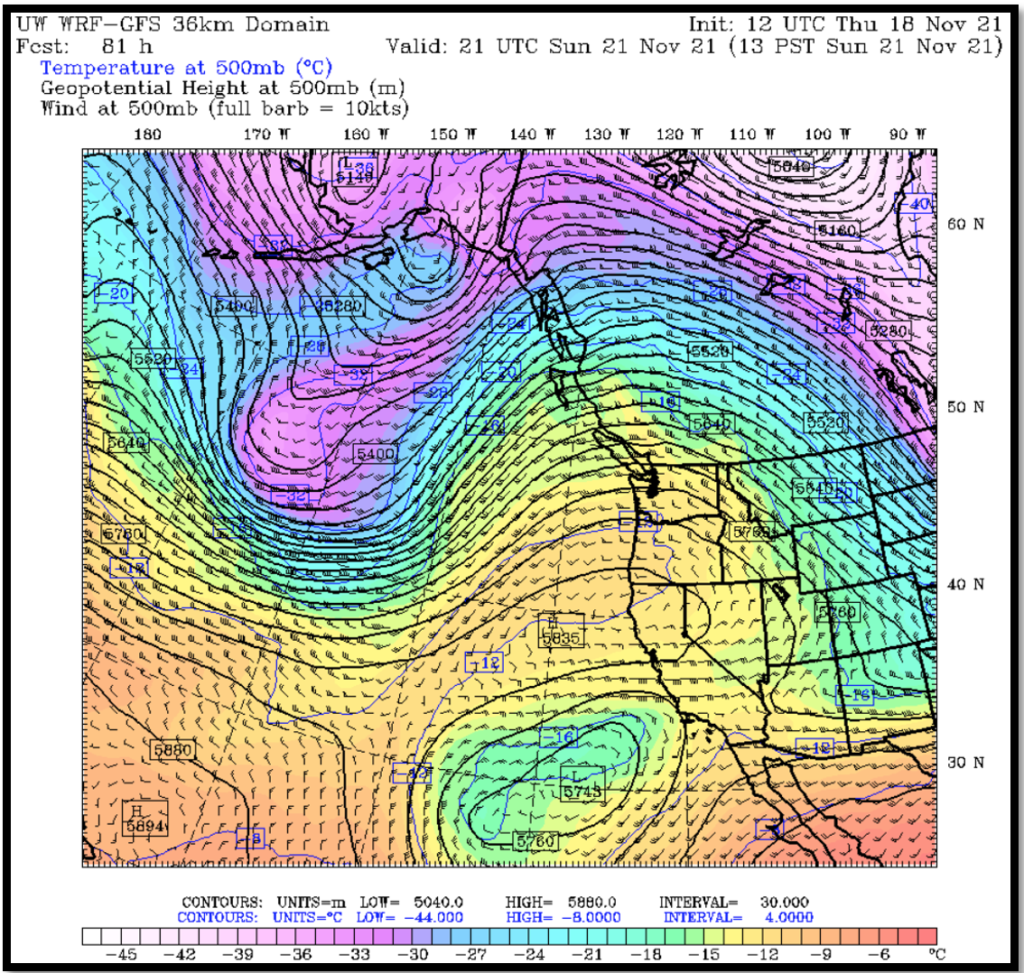 Most of Saturday and Sunday are expected to be predominantly dry, but there is the slight chance for a few showers to take place. If this occurs, it should be sporadic and light.

While it will likely be dry, we’re still expecting mostly cloudy skies for much of the weekend. This may be a blessing in disguise, however, especially at night. Even with cloudy skies, lows are expected to be in the upper-30s. If we didn’t have our cloud “blanket,” temperatures could plummet near freezing.

Overall, after such an exciting (to put lightly) weekend in the weather department, this weekend is looking pretty calm. Take advantage of it, because a return to wet and active weather is looking likely for the beginning of next week. Thanksgiving, at this time, is also looking wet. What’s new?

Have a great weekend and an awesome Thanksgiving!