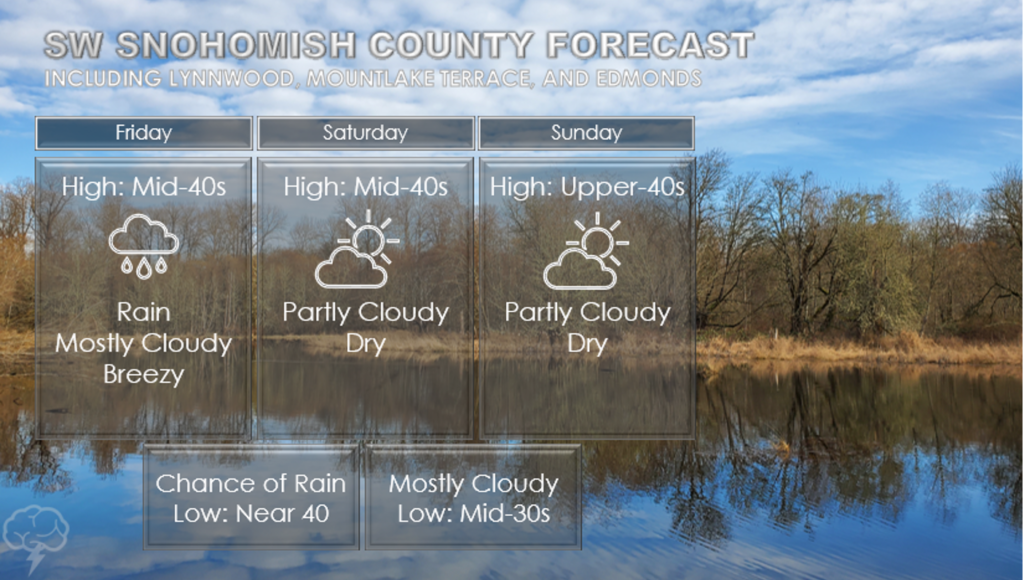 With the exception of a few storms at the beginning of the new year, we haven’t had much in the way of rain for several weeks now. We had a semi-active winter toward the end of 2021, but not much has happened since then. Take a look at the graph below.

This is data taken from Paine Field over the past three weeks. The green line depicts our 2022 data, while the brown line shows the normal values for this time of year. Notice the two instances where we saw several days in a row without measurable rainfall. Over the course of three weeks, we’ve only seen 1.07 inches of rain, compared to the normal 2.58 inches. To put this into perspective, back on Dec. 18, 2021, we saw 1.13 inches of rain—all in a single day. Granted, we don’t often see days where we get over an inch of rain in one day, but it still is abnormal to have such little rain at this point of the year.

Over the next several days, we will see a couple systems impact our area, which should bring a bit more rain to the area—but not a lot.

The first system is expected to impact us by early Friday morning and last through most of the day. We will see rain and some breezy conditions as it passes through, but the rain totals aren’t looking to amount to much. The GFS Ensemble mean shows less than a hundredth of an inch, while the European Ensemble mean shows about 0.4 inches. When looking at other models, I’m leaning toward the lower end of that range for totals with this system. 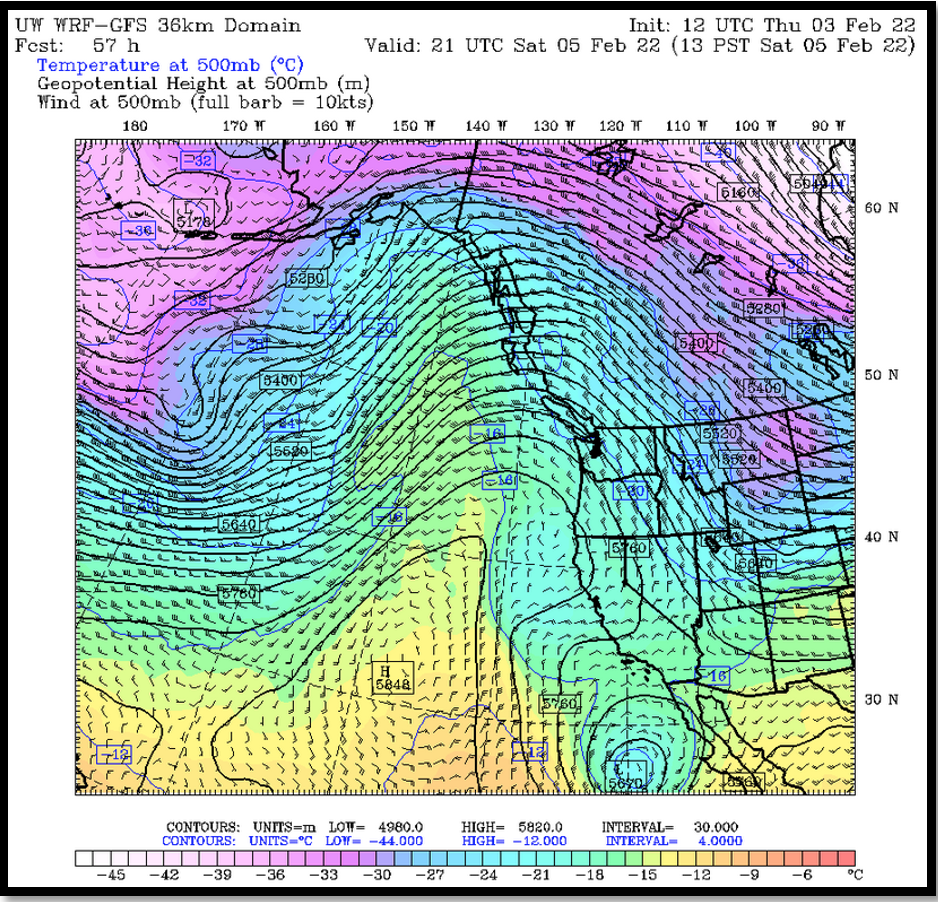 By Saturday morning, this system will be out of our hair, making way for another pleasant weekend as an upper-level ridge of high pressure sets up shop over us yet again. This can be seen in the model depiction above for early Saturday. We’re expecting partly to mostly cloudy skies for Saturday and Sunday, with highs in the mid-to-upper 40s, which is very close to average for this time of the year. Sunday is looking to be the nicer of the two days, but both days should be great to get out for a walk or any other outdoor activity.

The next shot for some rain comes early next week, but some models are not very optimistic about it dropping much rain either. At this point, the chance exists for us to see some rain on Monday—though nothing to write home about.

By Tuesday, another ridge of high pressure sets up, which will likely keep us dry for much of next week. Temperatures look pretty stagnant, with highs in the mid-to-upper 40s and lows in the mid-to-upper 30s. If this ridge remains in place like models are suggesting, air quality and fog will again become possible hazards to keep in mind.

Those waiting for a more interesting storm will have to wait a bit longer (myself included). In the meantime, enjoy the nice weather and have a great weekend.