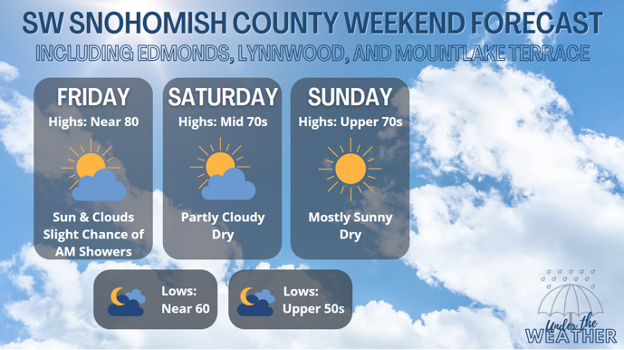 We’ve officially passed the halfway point of August and it honestly feels like we’ve been in the heat of summer longer than we actually have. With the exception of the beginning of June, we haven’t seen much rain. At this point, since June 1, the start of meteorological summer, we’ve had 1.49 inches of measurable rainfall—about 47% of normal. Interestingly enough, about 85% of the total rain we’ve had this summer occurred during the first 14 days of June.

Take a look at the following graphic, which shows the number of days with measurable rainfall during the summer months (June through August) for each year since 1999.

Granted, we still have about two weeks left of meteorological summer, but it’s pretty clear that we haven’t seen rain nearly as often as previous years (with the exception of 2017).

When we think of a prolonged period of dry weather, most of the time we start assuming that we are in a drought. According to the National Weather Service, a drought is defined as “a deficiency in precipitation over an extended period.” There are actually four types of drought, which can be read about here. Drought is classified by four different stages, from moderate drought (D1) to exceptional drought (D4). Prior to being classified as an official drought, however, there is the “abnormally dry” (D0) category.

In Washington state, droughts can have a huge impact. Check out the following graphic that indicates some of the possible impacts in the different stages of drought in our state. 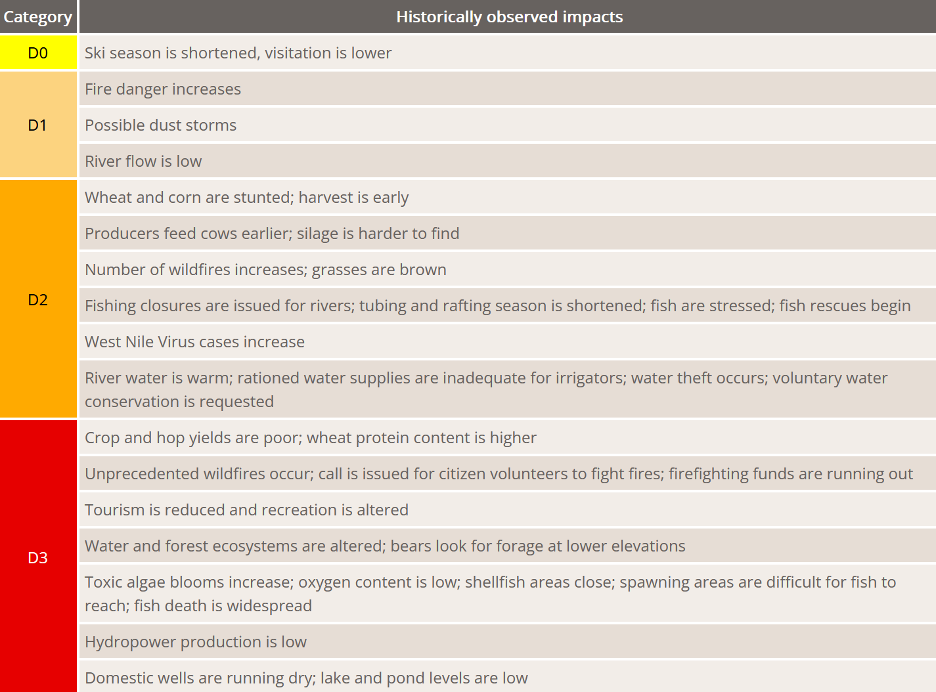 So, we have been abnormally dry—but are we in a drought? 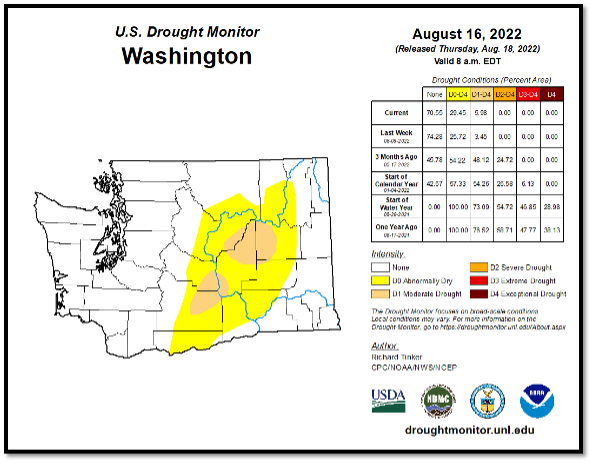 The answer is no! At least not officially. This is quite a different map compared to last year at around this time: 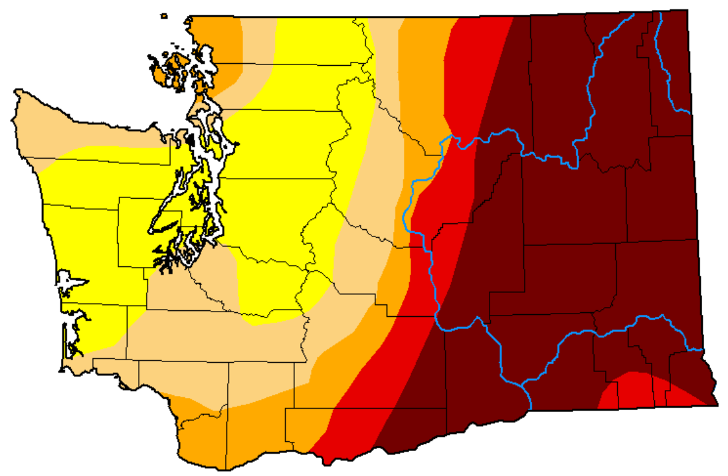 At this point, 70.55% of the state has been classified as no drought, whereas the whole state last year at this time was under some sort of drought classification (including “abnormally dry”). Last year, 38.13% of the state was classified as “exceptional drought,” while none of the state falls under that category this year.

So, what gives? Why aren’t we under drought conditions when we’ve been so dry? There are likely many possible answers to this question. One of the answers is that May and June were wetter than average for a good portion of the state. As a result, the Washington state Department of Ecology posted the following:

Another possible answer is that we had a very healthy snowpack for most of this year. Check out the following video that compares the snowpack as a percentage of the 1991-2020 median on the first of each month for January through July (for example, if 20 inches was the median, and the map indicated 200%, the snowpack would be 40 inches).

Things started to look a bit concerning around April 1, but— April Fools! —the snowpack got replenished as a result of the wetter-than-average May and June.

The snowpack is critical for our state, especially during the dry summer months when there’s not much rain to replenish water reserves. The overall good snowpack levels over the first half of the year are likely helping keep water reserves full enough to adequately maintain crops. This is when we’re thankful for those stormy/rainy days in the winter months, even when it may be annoying at the time. You can see more about the 2021-22 snow levels (as well as previous years) in this article from The Seattle Times.

The dry weather is overall looking to continue for the foreseeable future. A weak trough will graze the area on Friday, which will help to greatly reduce the high temperatures from the scorchers we’ve had this week. There is a very slight chance that some areas could see a stray shower from this, but overall, we should remain dry, albeit a bit cloudier, especially in the morning. Highs will likely be near the 80-degree mark. Temperatures are expected to cool a bit more on Saturday, with highs primarily in the mid-70s. Sunday is expected to warm up a tad, with highs in the upper 70s.

Temperatures in the mid-to-upper 70s are expected for the start of next week. We could warm back up into the 80s by the middle of next week, but that is subject to change.

Meteorological summer is less than two weeks away from ending, and we have just about a month left of astronomical summer. Enjoy the warmer weather while we still have it! The fall weather is coming—and I can’t be the only one looking forward to it.