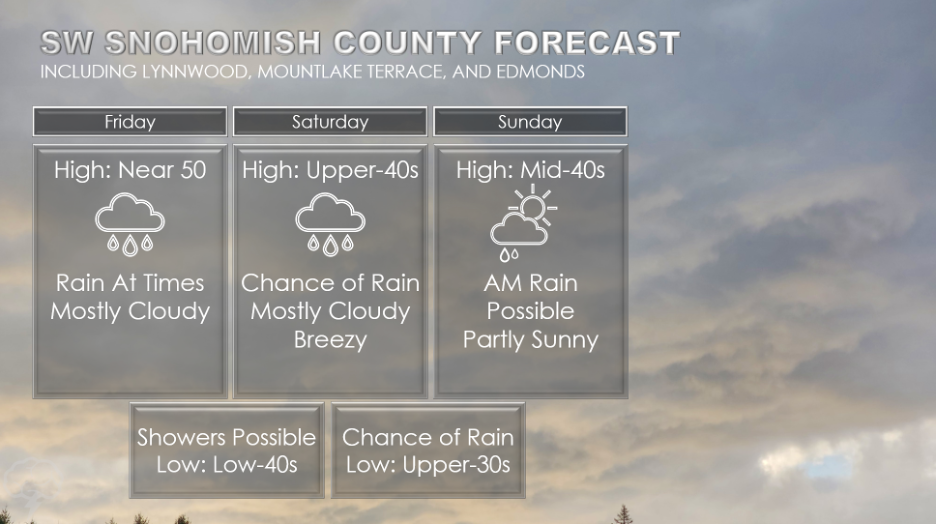 It’s hard to believe that we are already over a month into 2021—where does the time go? And in terms of weather, one word describes the year so far quite well: wet. In last week’s article, I mentioned how I was interested as to where the month of January would rank in terms of total precipitation on record. The image below summarizes where we (at Paine Field) ended up.

Despite starting out at a record pace, we did not end the month with the highest total precipitation. That is an honor that remains with 2006, which had a whopping 7.5 inches of rain. January 2021 will just have to settle for second place.

Just for fun, I was curious about the lowest monthly total of rainfall for January. This occurred only a few years ago, in 2017, when a mere 0.35 inches fell during the month.

The rain hasn’t seemed to slow down with the new month either. Through Feb. 3, we’re sitting at 7.55 inches of rain for the year so far, compared to the normal 4.53 inches.

During the course of the weekend, we’re expecting to continue adding to that total, yet again.

Rain is expected overnight Thursday into Friday, as moisture gets wrapped around a ridge of high pressure over the eastern Pacific. You can see this phenomenon occurring in the satellite image below from Thursday afternoon—clouds and moisture are wrapped around the ridge and aiming right at our area. This ridge is expected to strengthen a bit during the day Friday, which will likely lead to some drier conditions for a portion of the day. 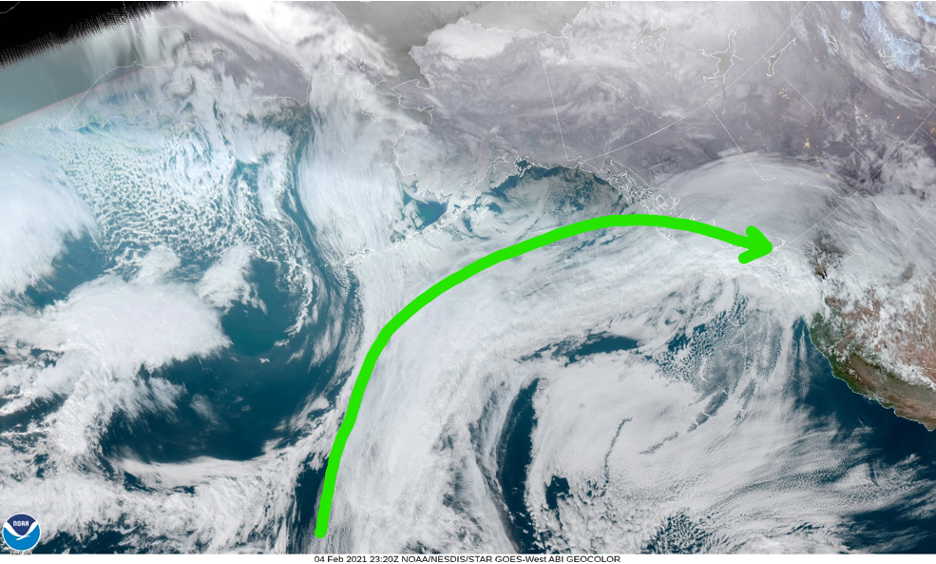 Any dry conditions we get are not anticipated to last long, however, as more rain is expected Saturday into early Sunday. This rain is expected to be minimal and the sun may even make an appearance later in the day Sunday.

Late Sunday is when things begin to get interesting.

Colder temperatures are expected to make their way into our neck of the woods by early next week. Take a look at the GFS Ensemble for temperatures at Paine Field, shown below. 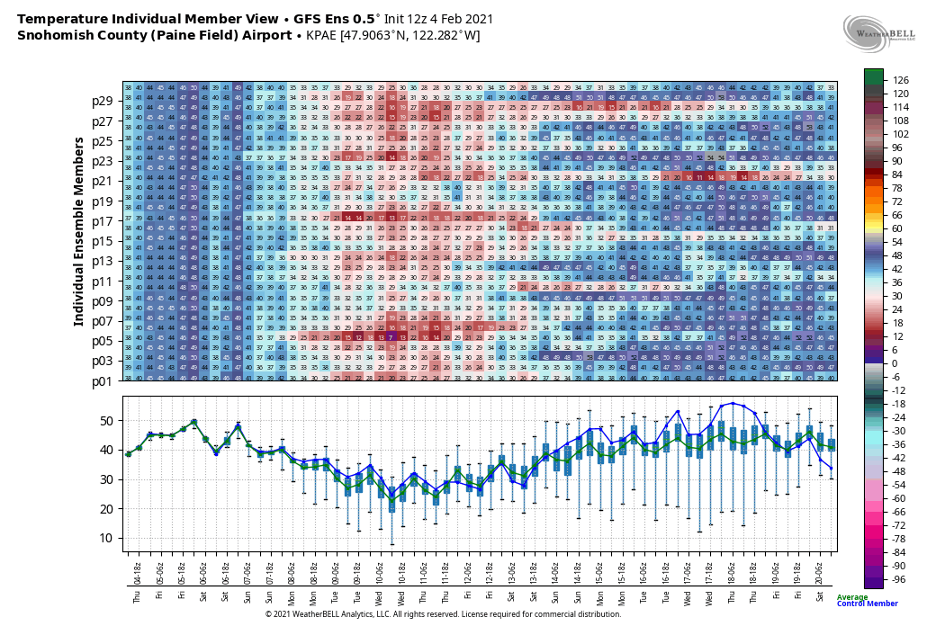 A good portion of the ensemble members agree with noticeably colder temperatures pouring into the region (don’t look too much into the specific numbers, but rather the temperature trends). A stretch of weather is possible with highs barely—if at all—exceeding 40 degrees. Lows could tumble all the way down into the 20s. Now that’s a little cold!

The first thought of many people when I mention these colder temperatures is likely this: “Is it going to snow?” The first thing I’ll say is that we are expected to be dry during the span with the coldest temperatures. This will make the sun lovers happy, and will be very disappointing to my fellow snow lovers.

However, there is the potential for a bit of moisture to be in place Sunday night into Monday over our area while temperatures are marginally cold enough to allow for some flakes to fall. By no means is this a guarantee, but some models are suggesting that some light snowfall is possible. The ingredients would still need to come together, meaning cold-enough temperatures in place at the same time as the moisture. Regardless of whether it snows, this is not looking to be anything major, but it’s definitely worth keeping in mind and paying attention to the forecast as we get closer.

Still, one thing is looking increasingly likely, and that is the cold temperatures as we head into next week. Make sure to get those heavy coats, blankets and socks ready—winter isn’t over yet!