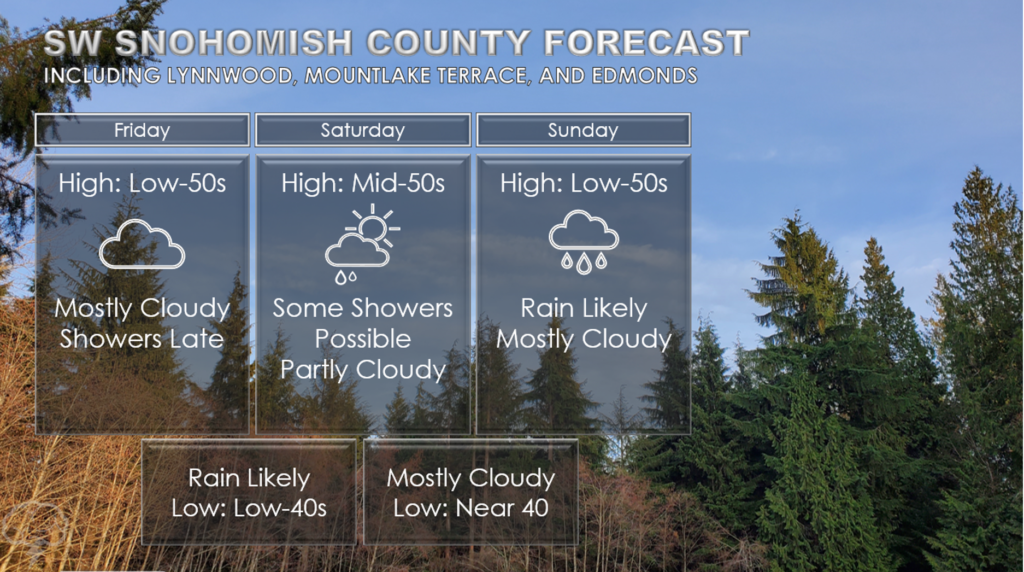 Happy April, everybody! It’s no joke that the year has gone by very fast so far—and we’re getting closer and closer to summertime. We’re at the weird point of the year where it could be sunny and 60 degrees one day and the next it could be pouring and barely making it out of the 40s. In honor of April Fools Day, here’s a funny description of our seasons in Washington, which may be a little more accurate than we’d like to admit. 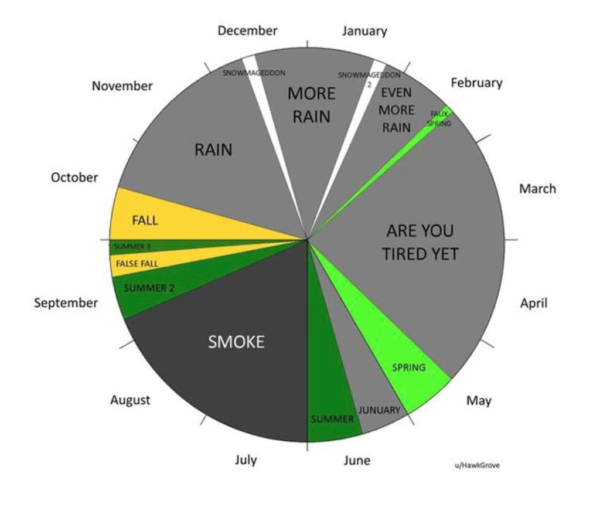 Everyone knows the phrase “April showers brings May flowers,” and just in time for the new month, here come the showers!

After a showery couple days thanks to a Puget Sound Convergence Zone (PSCZ), a weak upper-level ridge will be in place from Thursday afternoon into Friday. A model depiction of this is shown below. As a result, Friday is expected to be mostly dry through the afternoon, when a weak system is scheduled to arrive. 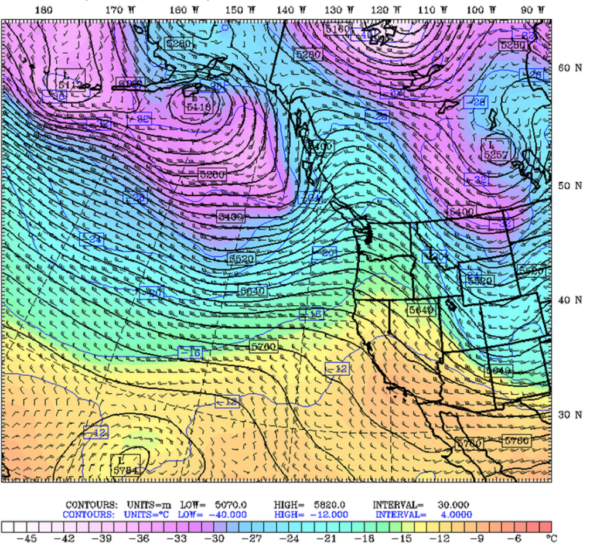 This system is not expected to drop much rain, but there is the possibility of another PSCZ forming with onshore flow after the front, which could lead to some higher rainfall amounts wherever it set up shop. To read more about convergence zones, check out my blog post about the topic here.

We could see a few residual showers on Saturday, but at this point, it’s looking like a pleasant early spring day. Models are suggesting that we’ll have partly sunny skies with highs in the mid-50s.

The drier weather is expected to last into Sunday morning. The first of two stronger systems will likely roll in throughout the day on Sunday, bringing with it wet and breezy conditions. With not much of a break, the second storm impacts us Monday into Tuesday. While we are expecting our typical lowland rain and breezy weather with these storms, the mountains could see several inches of fresh snow. Keep this in mind over the next several days if you have pass travel in mind.

By midweek, an upper-level ridge takes shape, helping us to dry out after a soggy start to the week. After several weeks of drier than average conditions, it seems like April is wanting to change things up a bit.