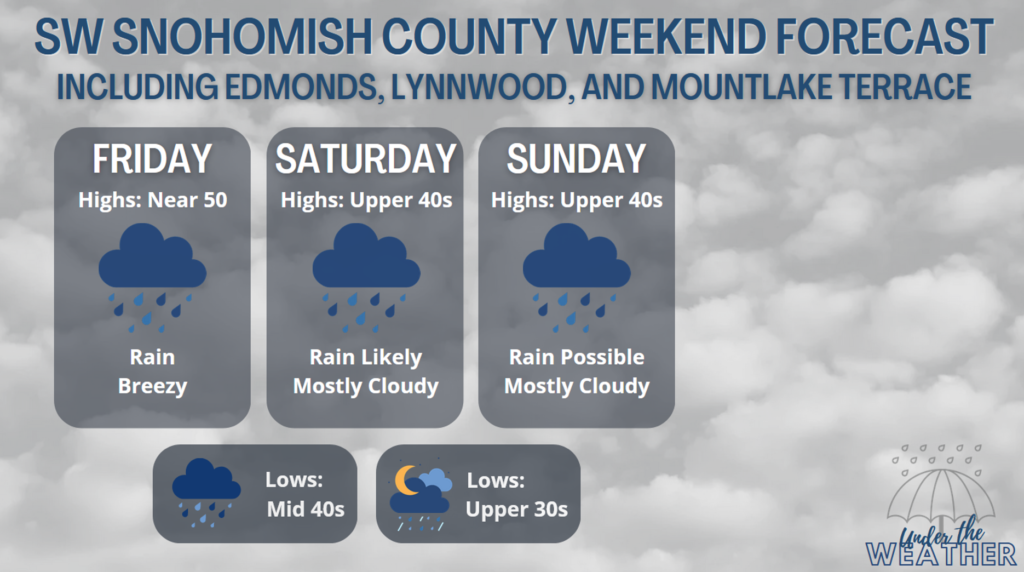 Happy New Year, everyone! The start of 2023 has been relatively dry thus far, but as we head into the first full weekend of the year, the rain is expected to pick up thanks to a train of several systems headed our way.

Compared to what we saw toward the end of December, these storms are not looking particularly strong, but rather more routine for this time of the year. This includes the chance for lowland rain, breezy winds, and mountain snow. Even though individually, these storms aren’t that impressive, the fact that they hit one after the other could lead to problems for some areas.

The first system is expected Thursday night, bringing rain and gusty winds. The next system is right on the heels of the first one, hitting us on Friday with more widespread rain and breezy conditions.

The National Weather Service in Seattle has issued a Coastal Flood Advisory for areas near the water, due to the combination of onshore winds (wind blowing onto land), tides and rain, which can be read below. This expires Friday morning at 9 a.m., which is after when the peak high tide is expected. 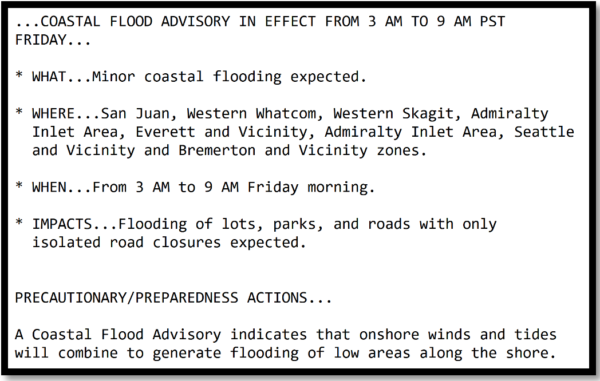 If you encounter any areas with minor flooding, make sure to be cautious. Edmonds residents would likely have the best chances to see any flooding due to their close proximity to the water.

The third system arrives Sunday, which will again bring periods of widespread rain to the region. By the end of the weekend, it may seem like a lot of rain has fallen due to the length of time we are expecting rain, but models aren’t showing much in the way of total accumulation. The European ensemble shows an average model sum of less than a sixth of an inch by Monday. 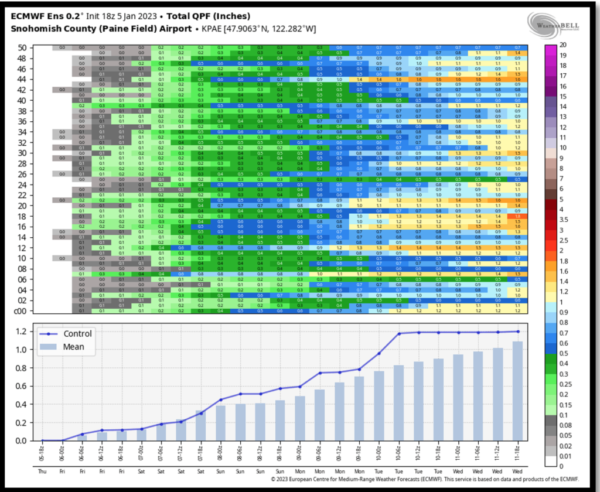 As we head into next week, the active weather will likely continue, with the chance of rain remaining for most days. January tends to be our third-wettest month of the year, so this wet pattern is pretty typical for this time of year. ‘Tis the season—and compared to the craziness last month with snow and freezing rain, I don’t think many people will complain too much about a bit of rain.