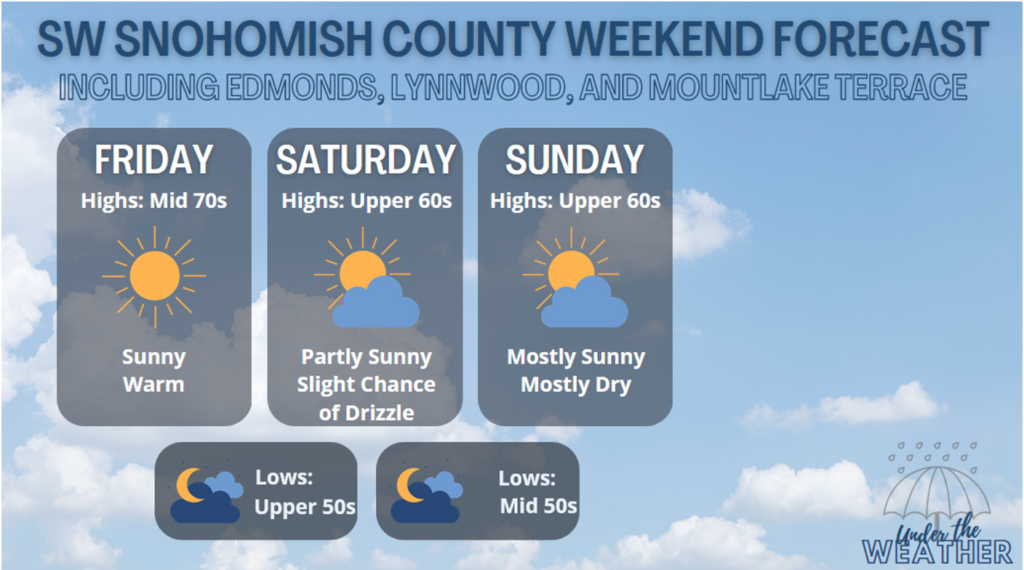 I don’t know if any of you have watched the movie High School Musical 2, but there’s a line from one of those songs that is coming to mind at the moment. During the opening song, one of the main characters belts out the phrase “summertime is finally here.” In that context, they are technically referring to summer break, but regardless, I think it’s applicable right now.

This past week, it really has begun to feel like summer (another line from HSM 2 if you were curious), even though we’ve been in meteorological summer for several weeks now. After such a gloomy-feeling spring and with “June-uary” going strong, the sunny weather has been quite the welcome sight.

As you can see with the above graph, which shows the total amount of measurable precipitation at Paine Field since June 1, we’ve mostly plateaued. In fact, according to this data, we’ve had no measurable rainfall for the month of July thus far — only a few days with a “trace” amount. Other surrounding areas have seen some light rain on a couple occasions (like on the 3rd of July), but those showers apparently evaded the official airport recordings at KPAE.

Overall, we are expecting another weekend full of comfortable temperatures and nice weather. Friday is looking like the nicest day, with sunny skies and high temperatures in the mid-70s. A weak upper-level trough is expected to go through the area Saturday and Sunday, which could lead to a couple of isolated showers and drizzle at times, but the majority of those days should be dry with partly sunny skies. Temperatures will be slightly below average — in the upper 60s — but still plenty warm enough to get outside and enjoy the weather.

After the weekend, models are suggesting that the warm and dry weather continues into next week, thanks to a rebuilding upper-level ridge of high pressure, which can be seen in the model image below. 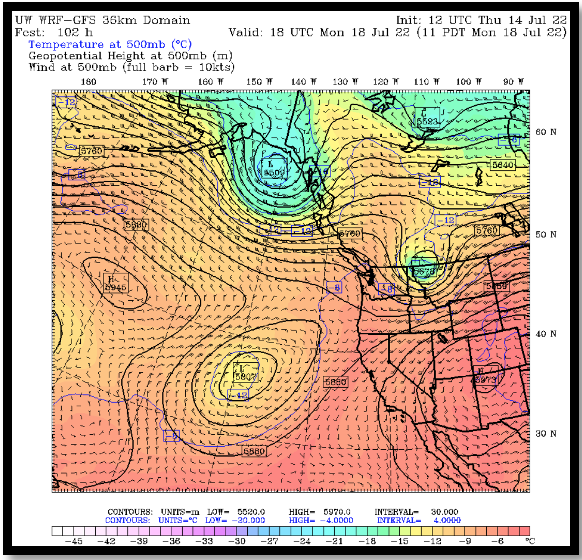 In fact, some models are suggesting that it may not rain at all next week. At the very least, it’s looking dry for the first half of the week, with highs in the low-to-mid 70s.

Again, “summertime is finally here.” We’re enjoying the warmer and drier weather now — but the time may come where you may begin to miss the rain, even just a little bit. So, if it does sprinkle a bit over the weekend, don’t grumble — we still have plenty of warm and dry weather coming our way.