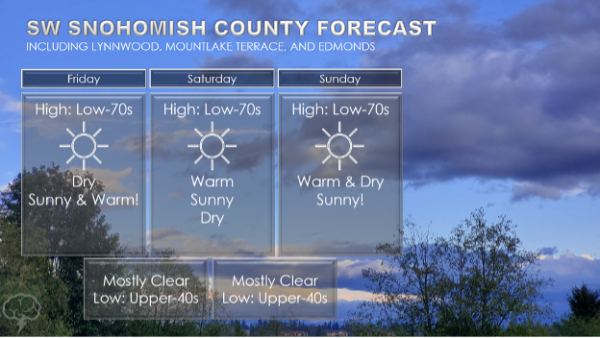 There’s no mistaking that spring has arrived now—it’s been absolutely gorgeous these past few days! But the best is yet to come.

As I discussed in last week’s article, an upper ridge of high pressure is responsible for our nice weather. The way this ridge is positioned with adjacent troughs is known as an omega block (after the Greek letter omega, Ω). You can see an example of this in the image below, with a very advanced drawing of the letter omega overlayed. 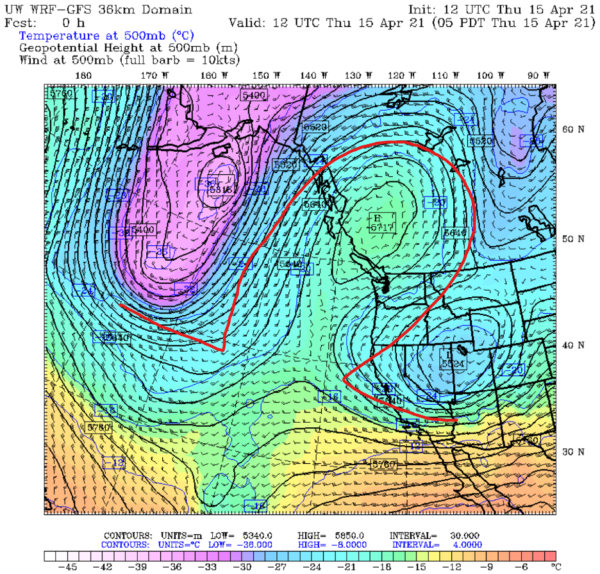 As the name implies, an omega block is a type of blocking pattern, which means that areas impacted by it tends to see the same weather over the span of several days. In our case, we’ve been “stuck” in a warm and dry pattern and will continue to be over the weekend.

In fact, we will likely see our first 70-degree day of the year occur over the span of the next few days. On average, this occurs on April 23 — so we may be slightly ahead of the curve for that.

The weekend ahead is not expected to be any different in terms of weather than what we’ve been experiencing, with the exception of higher temperatures. Unless temperatures rise a little higher than expected on Thursday, the first opportunity for 70 degrees will occur on Friday. In fact, if that occurs, we will actually set a record daily high temperature for April 16; the current record is 69 degrees and at this point, it seems quite likely that we will break it.

A very weak system is expected to impact the area on Monday, but the chance of showers associated with that is very slim. This system will primarily help usher in slightly cooler temperatures and the potential for some clouds as a result of onshore winds (meaning air is coming inland from over the moist and cool Pacific), with highs expected to drop into the 60s yet again. At this point, models are not suggesting at any significant rainfall events for the next several days.

I would like to mention that with the drier and warmer weather being the norm for quite a few days, the fire danger is expected to increase. Certain fire fuels are dry as a result of the warm weather and low humidity, and thus have the potential to burn more easily. I will be doing a future article on this year’s upcoming fire season, but with the upcoming weather, it’s as good a time as any to encourage everyone to be smart with anything that has the chance to start a fire.

In addition, even though temperatures will be warmer, and people may be venturing out to beaches to enjoy it, water temperatures are still quite cold. Please keep this in mind before taking a plunge. If you plan to swim, it may be a good idea to wear a life jacket.

Have a great weekend and enjoy the beautiful weather—safely, of course!