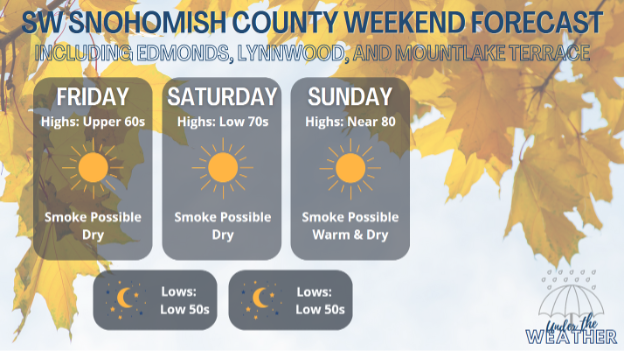 We had a late start to our “smoke season,” but that darn smoke just won’t leave us alone. Over the past few weeks, offshore flow has dominated our area, which has led to smoke infiltrating us from Eastern Washington and the Bolt Creek Fire near Skykomish.

Check out this visible satellite image from about 4 p.m. on Oct. 13. 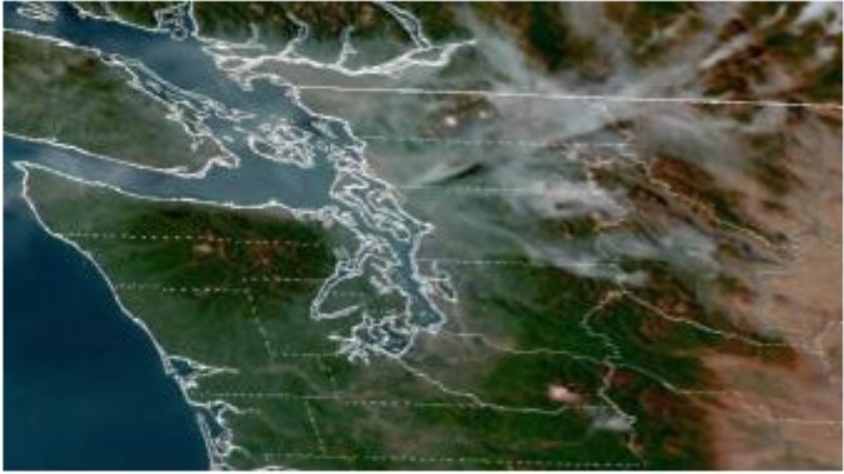 You can see all the smoke in our area—doesn’t it look absolutely disgusting? The air quality levels have fluctuated some (due to factors such as time of day), but overall, AQI readings have been moderate or worse for the past couple weeks.

Check out the following graph, which shows the Air Quality Indexes from Lake Forest Park for the past 10 days or so. Notice how the majority of this graph shows AQIs in the yellow (moderate), orange (unhealthy for sensitive groups), and even a little red (unhealthy).

To show the scope of the air quality problems we’re currently facing, here’s a map of the AQI levels from around 4:30 p.m. on Oct. 13. 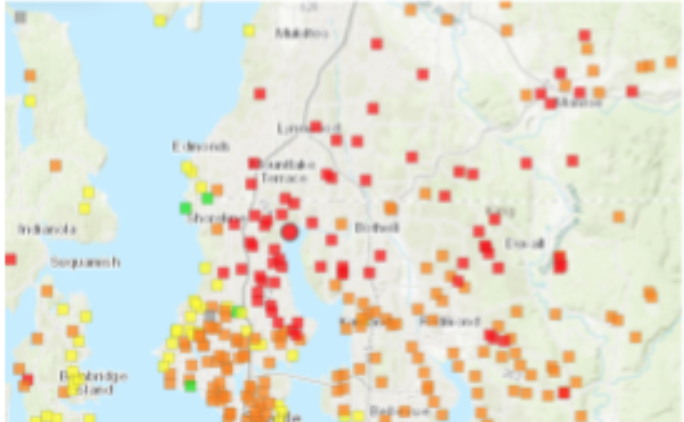 I was out doing errands Thursday  in the Lynnwood area and the smoke was incredibly obvious by both sight and smell (and taste). Unfortunately, this weather pattern that has contributed to the smoke issue is expected to continue, which will likely prolong the problem. In fact, an Air Quality Alert has been issued by the National Weather Service through Monday morning. This is definitely frustrating to me, and I’m sure is to many of you; it’s freaking October — we shouldn’t have problems with smoke by now!

As a reference, I’ve been using the Washington Smoke Blog to check air quality and any smoke updates. You can check them out at this link.

Nevertheless, barring any significant smoke and drops in air quality, it should be a beautiful weekend to enjoy outdoor activities. It’s not often where you can walk through a corn maze in a tank top and shorts.

Temperatures are expected to cool off back into the 60s for the majority of next week, with mostly sunny conditions and dry weather continuing, along with the chance of a little more smoke (what’s new?). It seems like we really do need a significant pattern shift to cleanse our air and to get back to a bit of October normalcy. This is still over a week away so there’s time for things to change but models are suggesting that this change may finally come by the end of next week.

Almost all of the ensemble members from the European model show rain falling starting Friday next week, which can be seen below. The member average of total rainfall through next weekend exceeds an inch of rain, meaning this could be the first significant rain of the season. This would be quite welcome for Western Washington, almost all of which is in moderate drought (you can see this here). 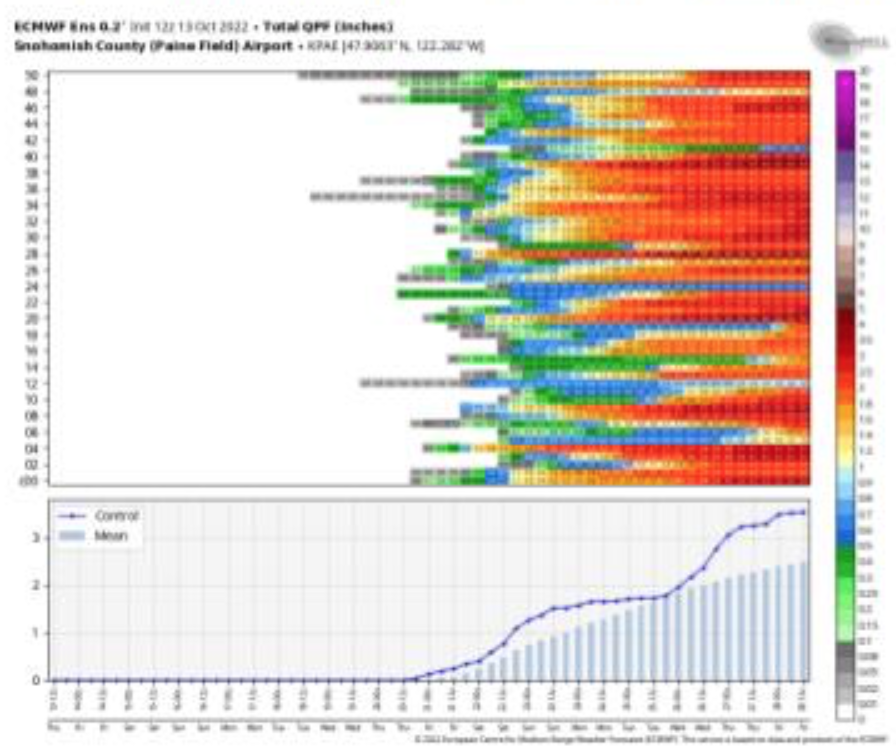 Even the Climate Prediction Center is watching the rain potential for the end of next week, which shows a 20% chance of heavy precipitation from the 21st through 27th.

In addition, high temperatures are forecasted to drop all the way down into the 50s. With the warm weather we’ve had lately, this may be a bit of a shock for some should it come into fruition. Could this be the start to fall (in terms of weather) we have been waiting for? Gosh, I hope so. There is still time for the forecasts to change (in timing, intensity, or even if it happens at all), but for the first time in forever (cue the Frozen music), we have a glimmer of hope that the above-average temperatures, abnormally dry weather, and most importantly, the smoke, may finally be coming to an end. Fall, I’m ready for you!