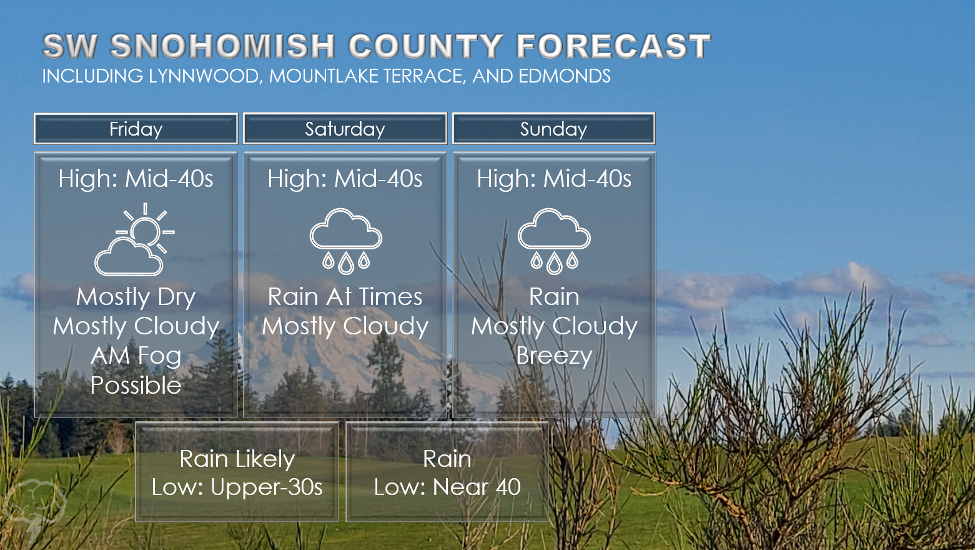 Well, as you could probably tell, besides a few stray snowflakes that fell Tuesday night, it didn’t snow. Sorry, fellow snow-lovers. The ingredients just did not all come together like they needed to. So far, the snowfall for our area has been almost abysmal—with the only accumulating snowfall of the season (albeit very minimal) falling on a day with high temperatures in the mid-50s (Dec. 21t). How odd. Unfortunately, there is nothing currently on the horizon in terms of snowfall. Don’t lose hope just yet if you want to see snow in the lowlands this winter—we still have February! I may or may not be rooting for a repeat performance of February 2019.

While we still have not gotten a significant snow this season, we have had no shortage of rainfall. After a record-breaking start to the month, things have evened out. Notice the relatively flat line over the second half of the month in the image below. Still, 2021 ranks in first place on record in terms of rainfall over the first 27 days of the month, with 5.76 inches compared to the normal 3.61 inches.

Whether you like it or not, we’re expecting to add to that rain total this weekend.

Friday should be mostly dry, with the exception of a few isolated showers possible early. There is a chance for some patchy fog in spots Friday morning, so keep that in mind if your commute involves more than just walking in your house.

A weak system is expected to arrive Friday night into Saturday, bringing some light rain over the area. Some of this rain could linger into early Saturday but amounts look to be very minimal at this point.

A second, more potent storm is anticipated late Saturday as an upper level trough of low pressure takes aim at us, bringing with it rain and the chance for some breezy winds. This system is expected to stick around for our Sunday and the start of next week.

By the end of the weekend, we could add between an additional quarter to three-quarters inch of rainfall to the monthly total. I’m curious to see where the month ends in terms of rainfall—I can’t believe it’s already almost February.

With the weekend not expected to be a complete washout, take advantage of any dry moments to get outside and enjoy the fresh winter air. Have a great weekend!